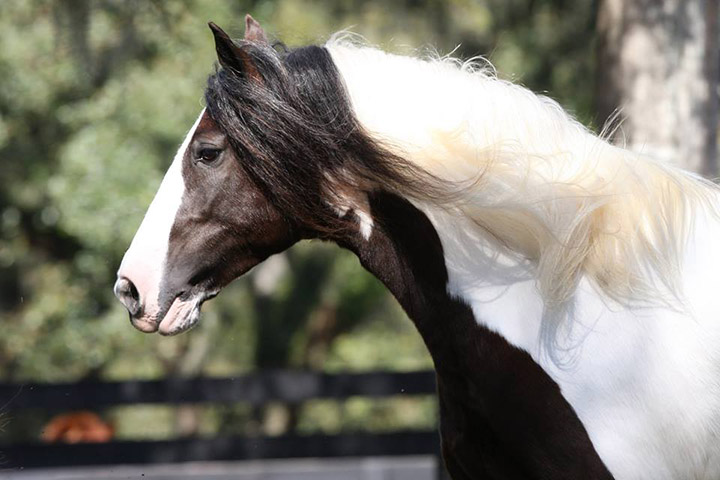 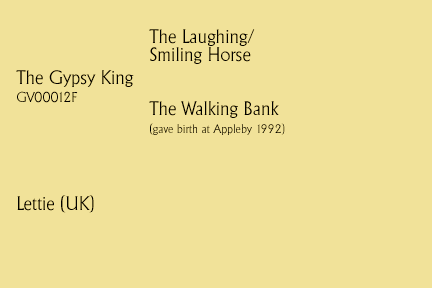 Crown Darby was an amazing producer, producing foals like GG Versace and Cushti Bok’s Valley. She wass heterozygous for tobiano and has produced 31 foals throughout her life. She was one of the original 16 Gypsy Vanner horses imported to America. Darby lived until the ripe old age of 27 and is buried here on Fair Hill at Gypsy Gold. Darby partnered with her sister Dolly was exhibited in harness as a pair when they first arrived, and were instrumental in promoting the Gypsy Vanner horse in America.  They pulled the Vardo Wagon together at Equitana 1998 when the breed was introduced to America and was also Dennis’ personal riding horse.  She was an outstanding mare in every way and we are proud to carry on her legacy.

The Produce of Crown Darby