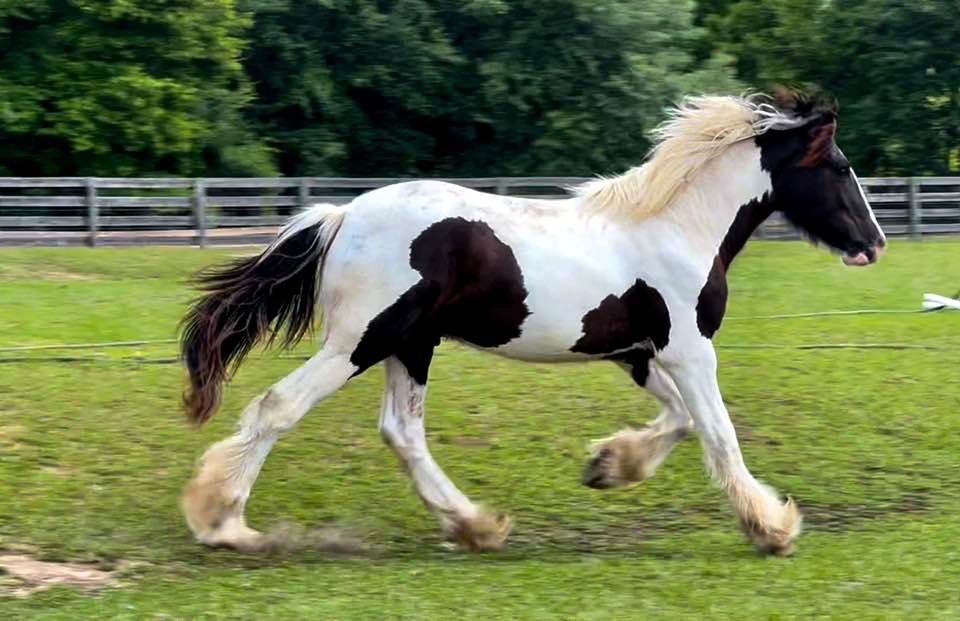 We are excited to offer EH Prince Perceus, the first foal by GG Lyuba’s King Zeus, an 8x Supreme Champion stallion!  Perceus has some outstanding genetics on both sides, carrying The Gypsy King, Latcho Drom, Falcon, The Business, The Road Sweeper UK and The Old Black Horse.  Perceus comes from two champion parents, not only is his sire an 8x Supreme Champion, he also boasts:

Perceus’ dam Rose is also a 3x Supreme champion and 2019 GVHS Amateur Halter Champion.  Not only is Perceus bred in the blue and the son of champions, his breeders say he is the most laid back and easiest foal they have ever had, and the hairiest!  Perceus does all the basics, including leading, standing for the barrier, bathing, and tieing.  He is PSSM1 negative by parentage and would make an excellent show horse or best friend.   Perceus is likely to end up 15+hh as he seems to be leaning more towards his sire’s height of 15.3hh. Please contact Dennis at 352-817-1777 for more information!