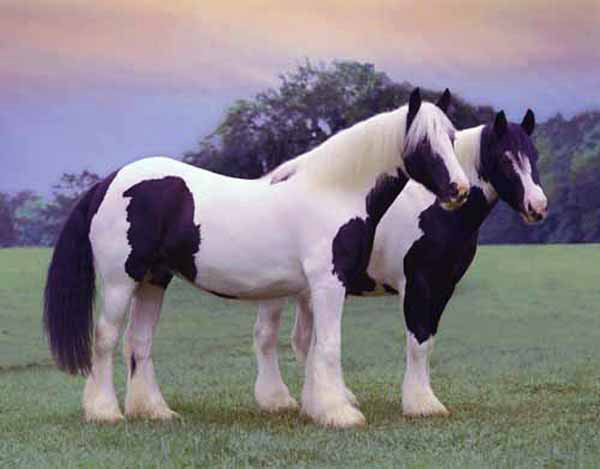 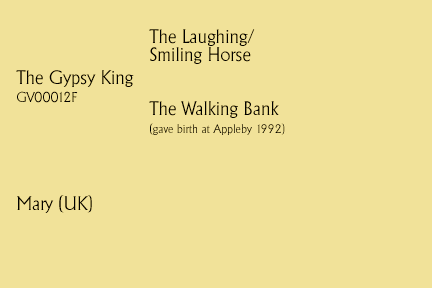 The story of Dolly is the story of a dream come true. Over half a century ago, British Gypsies dreamed of creating the perfect caravan horse. Only the Gypsies knew about the realization of their dream until two Americans, Dennis and Cindy Thompson, noticed a magical looking horse standing in a field while driving through the English countryside.

Be it good fortune, good luck or pure Gypsy magic, a passion was born in the Thompsons that day that captured their attention and stole their hearts. The discovery of one special horse turned into an obsession to understand Gypsies and their horses that would last four calendar years.

On their journey, they discovered a very beautiful young filly that was also the first baby to one of the most magnificent stallions they had ever seen. The filly’s name was Dolly and her sire’s name was Bill. Dolly’s sire became so famous for producing beautiful fillies that the Gypsies began to call him the King. Today, Dolly’s sire is known throughout the world as The Gypsy King and on November 24, 1996, Dolly set hoof on American soil to become the first Vanner in North America and a Gypsy’s Dream Come True.

Mary, the dam of Dolly, was named after Tommy Draper’s wife. Tommy was the gypsy who raised Dolly and bought The Gypsy King on the day he was born on Millionaire’s Row at Appleby Horse Fair.

Dolly is heterozygous for tobiano and has produced 17 foals in the U.S. She is one of our most prized broodmares. Dolly was shown in hand and in harness when she first arrived, a fitting ambassador to promote the Gypsy Vanner horse in the U.S.

Dolly passed away September of 2017 at the age of 22.  She and Bat are back together again.