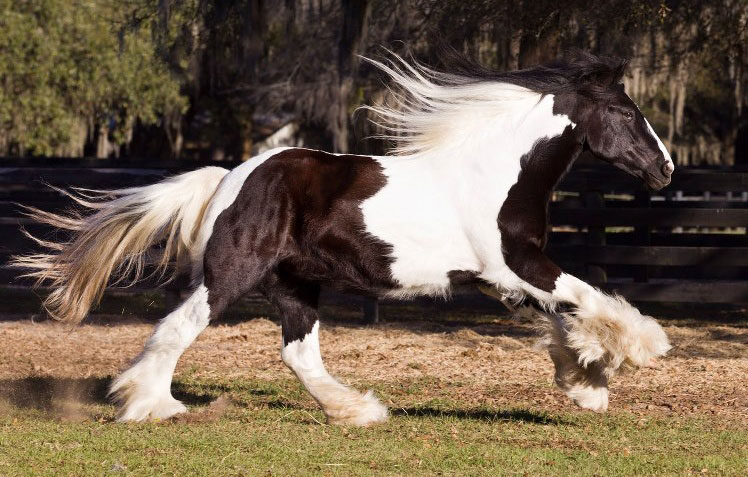 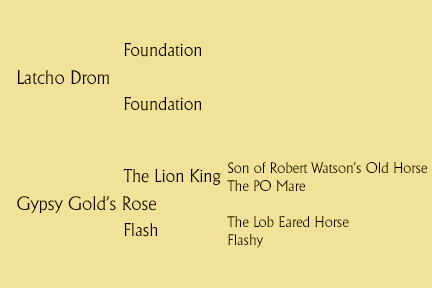 Fred was named in honor of the Gypsy gentleman Fred Walker, aka King of the Coloured Horses. Fred Walker the man spent his entire life dedicated to creating his perfect caravan horse. He knew Sonny Maes and The Coal Horse personally and knew every major sire and dam of the breed since its created vision at the end of World War II. He is responsible for many of the most prominent names in our breed.

Fred Walker the man died the year Fred Walker the horse was foaled, and she is a product of his life long dedication to the Gypsy Vanner horse. Fred Walker the mare comes directly from The King of the Coloured Horses’ legacy. Her dam, Rose, is the result of some of Fred’s finest breeding. So, in honor of our friendship with Fred, as well as Fred’s involvement in the development of the Vanner breed, Dennis named this big, beautiful, hairy filly after him upon learning of this great man’s passing.

Our Fred spent a few years at the Lowry Park Zoo in Tampa giving pony rides to the kids and she loved it. Right now, Fred is enjoying the broodmare life here at Gypsy Gold. She has produced four foals via embryo transfer and foaled a filly by BB King in 2017. Her complete progeny list includes —

The Produce of GG Fred Walker