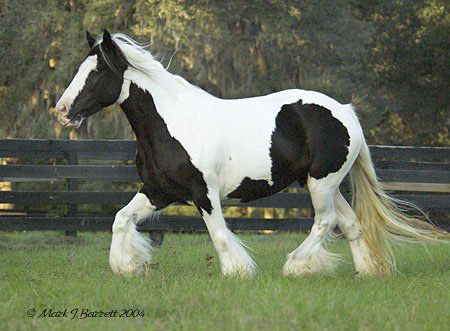 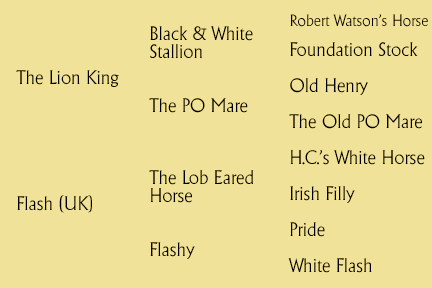 Imported in 2001, Rose is sired by The Lion King and is out of the UK mare, Flash. She is a beautiful black and white tobiano whose exceptional disposition and character shine through in her foals.

This mare is everything her pedigree promised she would be. She has been a fantastic producer for us over the years and is still giving us outstanding foals.

The Produce of Gypsy Gold’s Rose