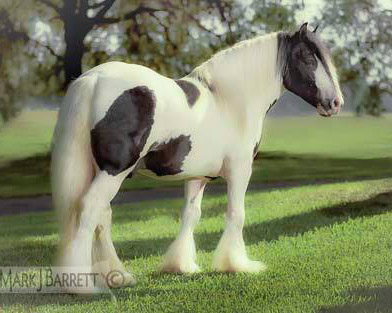 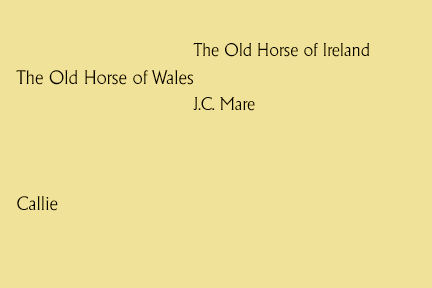 In the Romany language of the Gypsies, Cushti Bok means “Good Luck”

What can I say about Cushti Bok?  This boy, or should I say “old man”, is quite the character.  He loved it when Dennis hosted the farm tours, because he knew he would get lots of cookies and attention from the participants of the tour.  He loved to pose for pictures, every time a camera was focused on him he just seemed to know and held a pose. He was a very lively horse even despite his age, and was just absolutely a treat to watch run around in his paddock. 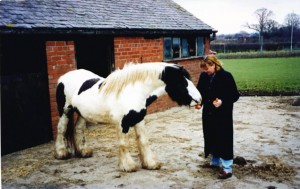 What a trip it was! The true story of Cushti Bok, the world’s first selectively bred horse raised by Gypsies to be recognized as a breed seems surreal. We met him by chance, but it was pure passion that drove us to understand the vision and genetics that created him. On the long journey…
To this day, the best breed specimen I have ever seen was a daughter of Cushti Bok. The Gypsy who owned Cushti Bok was holding her back as a gift to his son.

“He’s a one off” said the proud man with words and accent unique to his heritage.

Just a few of Cushti Bok’s most recognizable get include:

The Get of Cushti Bok